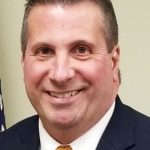 Cosmo A. Giunta was first elected as Supervisor started in 2020 after serving the remaining term of former Supervisor Mark Assini in 2019. Previously he served the town residents in the Town Clerk’s Office for 7 1/2. He also has over 20 years of private sector experience with companies such as Xerox, Paychex and PAETEC with background that included roles in Consulting, Customer Service, Finance and Operational Management.  Cosmo is a life long resident of Gates graduating from Gates Chili HS in 1987 and a Gates Chili Hall of Fame inductee in 2019.   He and his wife NancyMaria have three children.

If you wish to contact Supervisor Giunta,  you may call him at 247-6100 ext 210,   email him at supervisor@townofgates.org or stop by his office at the Town Hall. 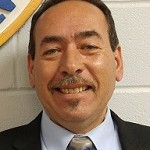 Lee Cordero was elected in 2014 to the Gates Town Board.  He and his wife Elizabeth,  have been married for 28 years and have been Gates residents all along. He has been and currently is a small business owner here in the town and owned a NASCAR collectibles store in Gates for 15 years and currently owns and operates a lawn, landscape and snow removal business for the past 14 years.

He is the chair person founder of the annual Breast Cancer Golf Tournament . He enjoys working with the Supervisor and other Town Board Members to better serve the residents in the town and make Gates a better place to live.    Councilman Cordero serves as a liaison to the Gates Planning Board as well as the POD (Point of Dispensing) emergency manager liaison for the Town. 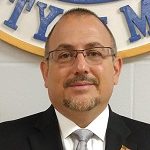 Chris DiPonzio was first elected back in 2007 to the Gates Town Board.  He is a lifelong resident of the town and a prominent business owner of DiPonzio Funeral Home, located on Spencerport Rd.    He continues to bring his experience from the private sector along with his proven record of public service to the town.

Since elected,  he  has commissioned the Gates Recreation & Parks and has serve as liaison on the Zoning Board of Appeals and has always listened and responded to residents of the town.    He currently serves as the Deputy Town Supervisor as well as the town liaison for Recreation & Parks Commission.

Chris is married to Nancy and has 2 children, Merrill and Tyler who both attend the Gates Chili School District.  He supports many community organizations and is proud of the community he serves.

He is a member of the Gates Amite Club, Gates Chili Chamber of Commerce and Italian America Sports Club.  As a business owner he gives back to the community by sponsoring Gates Youth organizations and sports teams. He and his wife Nancy continue to sponsor the Dictionary Project at Neil Armstrong Elementary School. 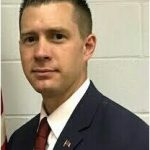 Andrew Loughlin is serving his first term on the Gates Town Board after being elected in 2017.  Andrew grew up in the neighboring town of Chili, but has resided in Gates since 2010.  Andrew is a 2003 Graduate of Churchville-Chili High School, as well as a graduate of MCC  and lastly SUNY Cortland where he majored in Criminology.

Prior to being elected, Andrew spent several years working in various capacities of the private sector.  His employment history includes 17 years of service at a local parks and recreation facility where he was an Assistant Manager.  Currently, Andrew is employed as a Deputy with the Monroe County Sheriff’s Office.  Andrew also serves as an instructor at the Monroe County Public Safety and Training Facility.

Andrew and his wife Lisa were married in 2011.  They have three young children.

Previously, Andrew served on the Chili Parks and Recreation Board and the Gates Planning Board.  He also served as a Vice President on the Monroe County Deputy Sheriff Association INC Executive Board.  Currently, Andrew is a member of The Lutheran Church of Our Savior, The Gates-Chili Chamber of Commerce and the Gates AMITA Club.

Councilman Loughlin serves as the liaison to the Conservation Advisory Board and looks forward to serving the community. 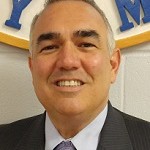 Steve Tucciarello was elected in 2015 to the Gates Town Board and is liaison to the Zoning Board of Appeals. In 2016 Councilman Tucciarello proposed and had passed a new Gates Town Law dealing with foreclosed and Zombie homes.

Prior to Councilman Tucciarello’s election to the Gates Town Board, he represented the community in the Monroe County Legislature for a full ten year term. During his time in the Legislature he served as the Majority Leader, leading the caucus from May 2013 to December 2015 and as Deputy Majority leader from 2010-2013. Steve was Chairman of the Transportation, Planning & Economics Development and Environmental & Public Works Committees. As Legislator, Steve was also a member of the Ways & Means, the Recreation & Education, Intergovernmental Relations, and Agenda Charter Committee. He also was legislative representative on the Monroe County Airport Authority, the 911 Operations Board and the Office of the Aging Council for Elders.

Beyond his duties in government, Steve also served on the Board of Directors of the; Westside YMCA and Gates-Chili Chamber of Commerce, and he is a member of Gates Amita and the F.O. Eagles.

In the past, Steve has served on the Gates Zoning Board of Appeals from 1994-2005 and as its Chairman from 1998-2005. He was also a member of the Gates Conservation Board and the Gates Town Civil Officer.

Steve owns a successful business, Colony Dry Cleaners in Gates on Howard Rd. He and his wife Lynnette are proud parents of two children, both attending college.